Increased abdominal pressure is a life-threatening, progressive condition in which the pressures in the abdomen become so high that they impede on just about every system in the body…renal, cardiac, gut, heart, brain, lung. You name it and an elevated abdominal pressure can wreck it. Want more bad news? It can be subtle and difficult to detect, especially in the early stages. But, you’re a rockstar nurse, so you’re going to be uber vigilant and monitor patients carefully….ready?

Stage 1…clinical signs are subtle at this point.
The first step is…knowing who is at risk for increased abdominal pressures. Well first off, this would be any patient receiving fluid resuscitation, especially septic patients. Why? Because the blood vessels in systemic inflammation get “leaky” and the fluids are displaced out of the vessels and into surrounding space and tissues. You’ll also want to keep an eye out for surgical patients who’ve received large volumes of blood, especially those who’ve had abdominal surgery or “big back” surgeries as these often involve an anterior approach as well as posterior.

The next step is knowing that signs and symptoms to look for. In the earliest stages of increased pressures (known as “Intra-Abdominal Hypertension” or IAH), the abdominal pressures run 12 -15 mm Hg (normal is 5-7 mm Hg). Some things  you might see are:

At this stage you could do a few things to help the pressures stabilize and prevent them from progressing. For starters, you’ll want to look closely at how much fluid the patient is getting. Talk to the docs about max-concentrating all drips as theses can add up fast! You’ll also want to control pain, ensure adequate sedation, remove anything constricting the belly/torso, avoid flexion at the hips, reverse Trandelenburg, NGT to low-wall suction, rectal tube, enemas, and things that get the bowel moving such as metoclopramide. I’ve seen some literature suggest diuretics, but you have to weigh that against kidney function as lasix can wreak havoc on the already-stressed kidneys.

Stage 2…things are getting bad.
As abdominal pressures increase you will start to see more pronounced symptoms, but it is still somewhat subtle. At this stage  you’re not at compartment syndrome yet…but things are definitely heading in the wrong direction. Some sources call this “Occult Organ Ischemia” and it occurs when IAP (intra-abdominal pressure) is around 16-20 mm Hg. At this stage in the progression you’ll see:

So, in the words of my first-semester Med Surg professor, Dr. Van….what are you going to do about it? In addition to everything you’re already doing you may need colloids to help draw fluid back into the vascular space. You could also do dialysis to remove excess fluid or maybe your patient needs a paracentesis to drain free fluid (a CT or US could confirm this).

Stage 3…things have gone from bad to very very very bad.
Despite all your hard work to this point, your patient continues to deteriorate. You measure his IAP (more on that in a bit) and you’re shocked to see it has risen above 20 mm Hg. We are now officially in the realm of Abdominal Compartment Syndrome (ACS), which causes multiple organ dysfunction (emphasis on the word multiple). At this point you’ll see:

In addition to calling the doc (you did that already, right?) you’re going to anticipate the following interventions:

Measuring the IAP
Measuring intra-abdominal pressure is one of those things you do once in a while, and it’s moderately complex so it’s always a good idea to do it with a buddy. You’ll take three measurements and average them out. Rather than explain the whole process to you here, I’m going to direct you to a website that has it all laid out. Basically, it involves a foley catheter, a transducer (such as you would use for CVP), a 3-way stopcock and a 60-ml syringe. Check it out for yourself and you’ll see what I mean about doing it with a buddy…especially since it’s not something we do all that often.

So, that’s the short version for something that can be absolutely devastating to your patient. In general, if you start to see decreased urine output, a drop in BP and increased difficulty ventilating your patient…think IAP! 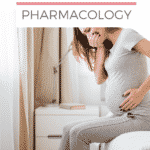 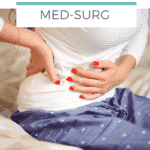 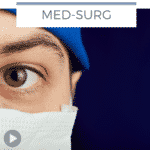 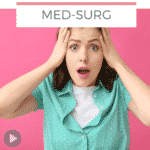