Before I became a nurse, I thought seizures were rare events that only occurred in people with epilepsy. However, seizures are relatively common, have multiple causes and can present in a variety of ways. In this post we’ll talk about the basics of seizures, how they’re treated, and seizure nursing interventions to keep our patients safe.

What is a seizure?

Seizures are sudden and uncontrolled electrical disturbances in the brain that can range from mild to life-threatening. When a patient has recurrent seizures (at least two or more), then they are considered to have epilepsy.

A seizure can occur for a variety of reasons. In addition to epilepsy, seizures can occur in the presence of:

What are the different types of seizures?

There are two main types of seizures, generalized and focal. Generalized seizures have several subtypes:

There are two types of focal seizures…those with impaired awareness and those without.

It can be very scary when your patient has a seizure. Here’s what you’re going to do:

What happens after the seizure?

The period after the seizure is called the “postictal state” and it persists until the patient has returned to his or her baseline. The length of time varies, and the name of the game during this period continues to be patient safety. Most patients are hypoactive in the postictal state, but be aware that the patient may be hyperactive as well (when this occurs, it is sometimes referred to as postictal delirium or postictal psychosis).

If the patient is hypoactive, you want to make sure the patient can protect his or her airway. Keeping them lying on their side is an easy intervention to prevent secretions from running down their throat and to help prevent the tongue from occluding the airway. The patient may be withdrawn and subdued during this period, showing signs of lethargy, detachment and extreme sleepiness.

A hyperactive postictal state can present as either delirium (defined as sudden onset of confusion) or psychosis. Again, patient safety is key. Be aware that patients can be agitated and even violent during this period. Unfortunately, the best treatments for postictal psychosis remain undefined and many medications typically used to treat psychosis can lower the seizure threshold (meaning the brain can more easily go into a seizure state). The patient may need frequent reorientation during the delirious state and, if a danger to himself, may require a sitter at the bedside.

Seizure medications work by raising the seizure threshold. We could go through a whole blog post about this topic, and there are a lot of medications used in the treatment of seizures. Here are some common meds you’ll see in the clinical setting:

What’s the difference between a seizure and a pseudoseizure?

You may hear someone refer to your patient’s seizure activity as a “pseudoseizure.” This DOES NOT mean that the seizure was faked. It simply means that the seizure was caused by a psychological problem, not a neurological problem. The nonepileptic seizure is just as real, but the treatments will vary. Rather than utilizing drugs to raise the seizure threshold, patients with pseudoseizure may benefit from therapy, antidepressants and medications aimed at treating the underlying disorder.

Though we’ve been talking about seizures in a general term, a wonderful book about childhood epilepsy is The Spirit Catches You and You Fall Down by Anne Fadiman (#ad). It was required reading in my pediatrics course and was incredibly eye-opening on several fronts. Fadiman’s book explores the cultural barriers that make managing a complex illness extremely difficult, so you’ll learn about epilepsy management but also how health care workers can strive for cultural competency. It’s a great book and I highly recommend it!

Get this on audio in Episode 71! 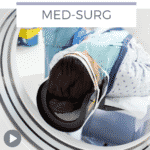 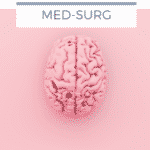 What Happens When You Call a Stroke Alert 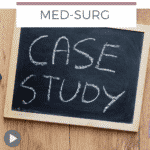 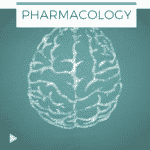