Taking care of patients with neurological injury means managing their intracranial pressure, or as it’s commonly called, ICP. And when we say neurological injury, keep in mind that we’re not just talking about people getting bonked on the head with a 2 x 4. We’re talking about space-occupying lesions, hydrocephalus, intracranial hemorrhage, subdural/epidural hematoma, even severe hyponatremia…basically anything that’s a key player in (drum roll please….) the Monro-Kellie doctrine.

What is the Monro-Kellie doctrine?

Soooooo glad you asked! This elegantly simple, yet highly applicable, doctrine tells you pretty much everything you need to know about WHY we must manage ICP. Inside the skull cavity there are three things taking up the space there…the brain, the blood and the CSF. Now, because the skull is a FIXED compartment, it’s not going to expand and contract as the brain, blood or CSF increases in volume. So, the Monro-Kellie doctrine states that  the volume of these three things is CONSTANT. So, if one of the three grows in volume, one or both of the other two must decrease in volume. For example, if you’ve got a big ol’ subdural hematoma (blood) taking up a bunch of space, the brain is going to get squished. If the brain is edematous (as often seen in traumas), then the blood and CSF flow is going to be decreased. Your role as the nurse is to try to keep perfusion going to the brain despite whatever else is going on. Remember, blood flow is key!

When we talk about blood flow, what we’re really talking about is cerebral perfusion pressure, or CPP. To calculate your CPP, you’re going to use this super simple formula: CPP = MAP – ICP. So as your ICP goes up, your CPP goes down.  We typically like CPP to be above 60, and ICP below 20. Keep this in mind as we discuss techniques for managing ICP, which range from the basic to the uber complex. We’ll start with the easy-peasy stuff and move on to the big guns. Ready?

As you are taking care of your neuro patient with ICP issues, you’ll want to ensure you do all the basic ICP management stuff:

Taking it to the next level

Let’s say you’ve done all the basics for keeping your patient’s ICP under 20, but it’s still creeping up there. What’s next? Pharmacology!

Is there a neurosurgeon in the house?

Sometimes, despite all your best efforts to keep CPP and ICP within range, the patient just needs MORE. That’s where neurosurgery comes in. If your patient needs surgical intervention, here’s what you could expect:

So there you have it…an intro to managing ICP in your neuro patient. 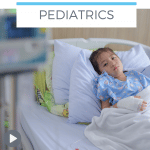 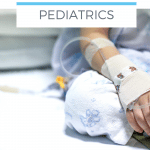 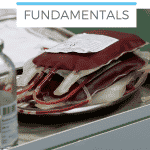 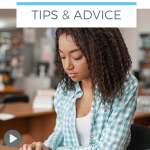 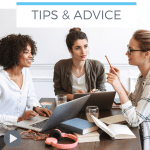 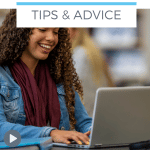