What is respiratory distress?

Respiratory distress is present when ventilation or oxygenation (or both) do not meet the body’s metabolic oxygen demands. It is typically characterized by signs of increased work of breathing such as accessory muscle use, nasal flaring, retractions, grunting, head bobbing, and tachypnea (though bradypnea may be present as the patient gets closer to respiratory arrest). Respiratory arrest, on the other hand, is present when the patient is no longer breathing, or when breathing is so dysfunctional that it cannot meet the body’s demands (such as with agonal breathing).

Differences between pediatric and adult airways

There are significant differences between pediatric and adult airways, including the size (it’s much smaller in diameter and length), its position (the larynx is located more toward the anterior than in adults) and its shape (the airway narrows at the cricoid ring whereas in adults its more narrow at the vocal cords). The other big difference is the size of the tongue which is relatively larger in the oropharynx than in an adult, making occlusion more likely and intubation more difficult.

The main issue that you’ll likely be dealing with is the short, narrow airway. Imagine a newborn having an average internal tracheal diameter of 2.5mm…there’s not much room there for edema or obstruction of any magnitude. Even a small obstruction will greatly increase airflow resistance, putting the patient at risk for respiratory distress. Of course, as the child ages, the tracheal diameter increases. By age 1 it’s about 4.5mm, by age 6 it’s closer to 6mm, and by 14 years it is at or approaching adult sizes of approximately 8mm diameter.

Pediatric patients also have physiological differences that make them more prone to respiratory distress and respiratory failure. For starters, infants have significantly higher oxygen consumption than do adults with one study showing an infant’s demands at 6mL/kg/min versus just 3ml/kg/min in an adult. Further, infants have lower functional residual capacity (the amount of air left in the lungs after exhalation), so even brief periods of apnea can cause desaturation to occur quickly. Also, from my observation of pediatric patients, they tend to decompensate quickly. They can compensate quite well but for shorter periods of time, and when they crump, they crump hard. So any pediatric respiratory distress should be viewed as an urgent situation and requires close monitoring along with expert intervention.

Your assessment of the child will generally begin with an overall observation. If the child is alert, keenly responsive to the environment and playful, it’s not likely he is in respiratory distress. The child who is listless or even agitated deserves a closer look. With that said, a child who is crying is a child who is breathing!

Next, observe the child’s work of breathing. Are they tachypneic? Tachypnea varies by age, as do most other pediatric vital signs. For example, a newborn can have a rate of 52, which is completely normal, but that would be considered tachypnea in an 18 month old. As the child gets older, the rate will more closely resemble that of an adult. Because reference ranges can vary widely, please defer to the resource your school or facility is utilizing. However, according to a 2011 study, Fleming, Thompson, Stevens et al, defined the normal range for various age groups as:

You also want to assess if the child is using accessory muscles. Retractions, which are present when accessory muscles are helping the patient breathe, are a definitive sign of respiratory distress. Move the clothing and get your eyes on the patient’s chest and neck. You’re looking for the skin to visibly pull inward with each breath.

Other signs to watch for include nasal flaring, grunting, head bobbing…all very clear clues the child is having significant difficulty, especially if grunting is present. Many times the child will assume what’s called a position of comfort or tripod position. This is typically sitting upright, leaning slightly forward with mouth open and jaw/neck thrust forward to open the airway (and often on a parent’s lap). If the child is drooling, this is likely due to a partial airway obstruction.

A child in respiratory failure will most likely have a decreased level of consciousness, be listless or somnolent. More significant work of breathing and grunting may be present. When you listen to the lungs you’re likely to hear diminished airflow and the child could be tachypneic but become bradypneic as they tire and head towards complete respiratory failure. Additionally, skin signs will show poor color such as pallor or even cyanosis at the nailbeds or around the mouth. These are very ominous signs requiring immediate intervention. Additionally, as the respiratory failure continues, it leads to cardiac failure. Bradycardia in a pediatric patient is a very, very concerning sign of potential imminent cardiac arrest.

When you listen to the lungs you could hear:

The best chance the child has is with early intervention and we typically start with the least-invasive intervention first.

Want to learn more about respiratory disorders? Learn when your adult patient is heading toward intubation here, or concepts related to oxygenation here.

Drill this topic in and listen to episode 140 of the Straight A Nursing podcast. You can stream it from here or download and subscribe wherever you get your podcasts. 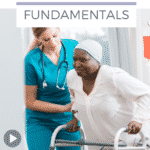 Why Immobility Is Your #1 Enemy: Episode 154 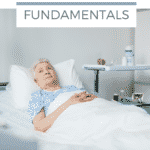 The Dangers of Immobility 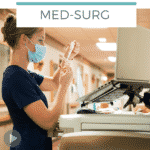 Are You Ready for Anaphylaxis? Episode 143 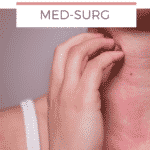 What Nursing Students Need to Know About Anaphylactic Reactions 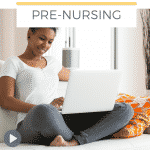 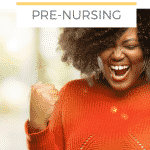 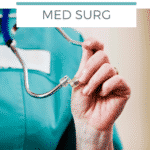