In the clinical setting, nurses come across all manner of sights, sounds, and yes…smells. But beyond the obvious ones that people complain about (which I never understand…you DID know what you were getting into, right?), certain smells can tell you a thing or two about your patient’s health. In this post we’ve compiled a list of a few disease states that come with a special odor all their own. So, while bad smells in the hospital probably aren’t your favorite part of your job, there are times when they can come in handy. Don’t worry…we’ll get to how to handle them in a minute!

Arsenic – A patient with arsenic poisoning could have a garlic odor to their body tissues or breath. Other signs include hematuria, stomach cramps, hair loss, excessive saliva and diarrhea that can be severe.

Cyanide – Not everyone can detect it, but the odor of cyanide poisoning has universally been called a “bitter almond” smell. More often noticed in autopsies rather than the clinical setting…but interesting nonetheless! In a live patient, you may notice it on the breath…if you have the gene that enables you to smell it, of course.

Really Really Really Bad Breath –  In liver failure, namely with portal hypertension, thiols go straight to the lungs where they are then exhaled. The smell, known as fetor hepaticus, is described as musty, raw fish, fecal, and rotting eggs. It’s one you’ll never forget. Liver failure patients are exceptionally difficult to treat as they can have myriad problems. Read more about taking care of patients in liver failure here.

Fruity acetone or nail polish remover – In DKA, the patient’s breath typically has a fruity/acetone smell, which is the odor of the ketones the body is trying to get rid of. Want to learn more about DKA? We got you.

Ammonia – Oftentimes, a UTI or problem with the kidneys will cause the urine to smell of ammonia.

Stale Beer – Having an odor of stale beer could mean your patient has scrofula, an infection described as “tuberculosis of the neck” but if you want to be more scientific, it’s essentially lymphadenitis of the cervical lymph nodes, very often associated with tuberculosis mycobacteria.

Vinegar – If your patient’s sweat smells of vinegar, consider schizophrenia as the cause.

Freshly baked bread – Typhoid can cause the skin to have the distinctive odor of bread.

Rotting eggs – Gangrene, aside from being disfiguring and a massive source of infection, tends to smell pretty bad…namely like rotting eggs.

Fish odor – Patients who are unable to break down trimethylamine (found in liver, eggs, some fish)  will produce a strong fishy odor.

Two odors that are described as indescribable

There are two more odors that you will encounter A LOT in the clinical setting…and I have to be honest, they are pretty bad. Describing them specifically is difficult, but once you smell them you will never forget. All it will take is one whiff and you’ll be able to say with pretty good accuracy that your patient has one of these common afflictions.

GI bleed  – the smell of melana (the dark, bloody stools of a GI bleed) is one of those distinctive yet indescribable smells. I have no words…but once you experience it,  you’ll know it when you smell it.

And then, of course there’s C-Diff...which has such a characteristic, yet hard-to-explain odor. Most people describe it as rancid, slightly-sweet-but-not-in-a-good-way, STRONG odor.

How to handle bad smells in the hospital

Which brings us to the next obvious question…how do you handle intense odors with grace and compassion? The first step is to recognize that one of your jobs as a nurse is to care for people who are vulnerable. [bctt tweet=”By maintaining grace in an ungraceful situation, you help that patient retain his/her dignity at a very difficult time.” username=”StraightANurse”] NEVER let your patient know that you are affected by any unpleasant odors…if you have to leave the room for a minute, make up excuse and leave the room…but don’t let it show. Please.

Below are a few tips that might help your encounter with rough odors a not-so-traumatizing experience:

What smells have you come across in the clinical setting that help you identify what’s going on with your patients? And how do you handle them gracefully? Share them in the comments below!

Get this on audio in episode 105 on the Straight A Nursing Podcast! 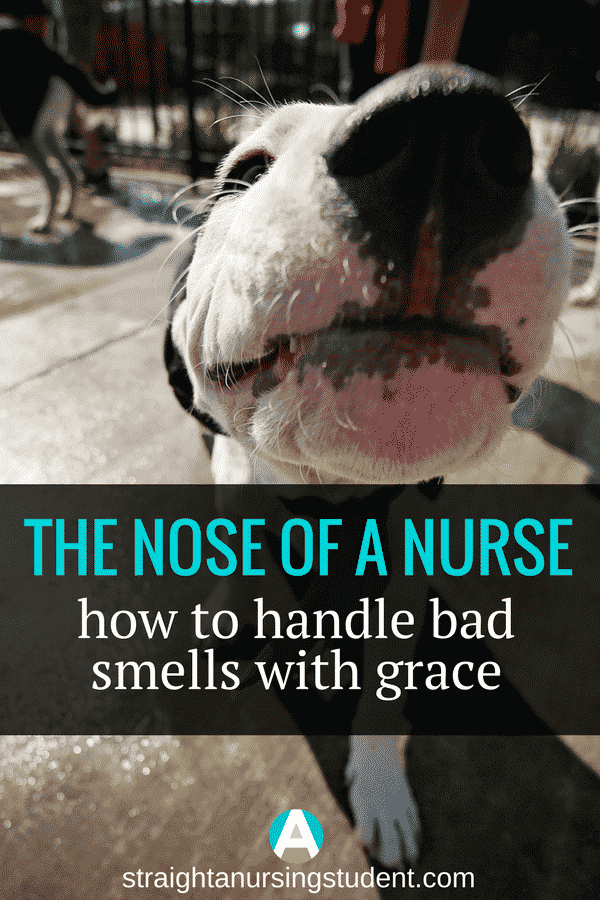 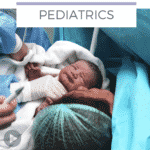 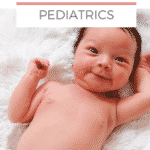 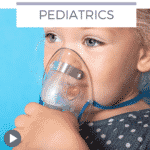 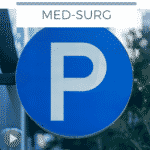 The 6 Ps of Compartment Syndrome: Episode 119 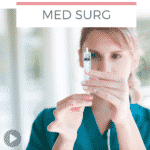 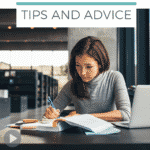